Getting my first GMRS RADIO

Well I just now ordered my first GMRS
radio when I get be monitoring it next
Month I be going for my FCC Gmrs liecese
Now when I get my GMRS liecese
How would I talk on it guess I be giving my call letters?
How far would I be getting out the GMRS radio?

The secret is to listen for a few days and then copy the style the locals use. In some places it will be light on callsigns, heavy on names and chat - in other places more formal. In places with hardly any users, I bet callsigns are rarity. The listen first thing is important because if you get it wrong, nobody responds. If you call and call, even fewer people will be willing to answer.

Distance wise - you on a hill, or in a valley? half a mile to a few tens could be possible. 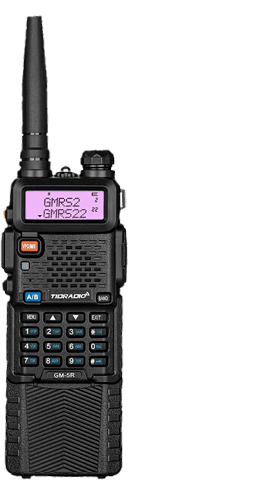 Is a UV-5R radio able to be licenced on GMRS? I’m a brit, so not sure of your new rules, but I thought they were on the naughty list now? It’s surely a rebranded Baofeng, and the Amazon adverts say it’s legal - but if Baofeng can’t get the radio through the Part certification, how does Tidman?

I don’t know
I just need to get FCC liecese
What’s with the boafang thing?

Ugh what wrong with the GMRS radio I ordered?
I said next month I be applying for my GMRS liecese

No the uv5r is not allowed to broadcast on gmrs frequencies
You can listen.

That is seriously unfair!
Because that what I can only afford
What does do they expect for to buy a high dollar GMR radio !!!
Most GMR radio out range price and don’t have any features. It bad enough that cb radio is gone dead
This boafang the rule needs to be burned

This is completely bonkers! You could have bought a two UV-5Rs for the price of the licence. GMRS radios do NOT need any of the kind of features of these radios. If you want to play with gadgets and gizmos and try things out - then get a ham licence. You still do not understand what FRS, GMRS radios are all about. ‘High dollar’ radios cost far, far more money than these entry level leisure radios. Your Government set rules and people are attempting to get around them with these ‘new’ radios. They set specifications - Part 90, 95 etc and there are lots of people testing these new versions of the Baofengs and concluding that they are better than the old UV series, but still don’t meet the spec. The evidence that they do is feeble to non-existent.

What features in a radio do you want? If you have a GMRS radio, you have a limited number of frequencies, and a small number of repeaters you may be able to access. You have a power upper limit and the option to have lower power. You can select features that prevent other people talking to you and none that let more.

I fail to see what is unfair. You can buy real tested and approved radios that meet the part requirements. They have few features (because they’re unimportant) They can be expensive, because I suppose, GMRS needs a certain level of quality. The old radios performed OK on GMRS, and the spurious emissions were unlikely to interfere with other services. If you live in an area where their terrible rejection might allow legitimate transmissions to wipe your receiver out, you might be able live with them - but they are BUDGET radios with lots of performance issues, and the claims they meet the standard seem to be sales aids, not fact.

Genuine radios that meet the published specs are not that expensive, so what exactly do you want. Forgive me, but your posts seem to be on the lines of CB is no good, FRS is no good, ham radio has too many barriers to you passing the exam and now GMRS is your chosen destination, but you want a dirt cheap radio. Who exactly do you want to talk to? More importantly, will they want to talk to you? You can do the ham exam, programme a radio (even a dirt cheap DMR Baofeng) and press a button and your voice will come out of everyone on the talk group 1 - world wide - there will be thousands and thousands of people who hear you. How many will choose to answer? From what I hear - people are VERY picky about who they reply to. They will hear you call and decide if they should answer. This is worse on GMRS. Remember that for a large majority of licence holders - they do not want to talk to strangers - it is NOT CB. It is small groups of people who only want to talk to their staff or group members. You can call all you like, they may simply have tones set so they don’t even hear you. CB and Ham radio are for contact between strangers. This is a very small part of GMRS and not remotely what it is intended for. The UK have PMR446 - same thing happens. It’s a bit like your FRS, and licence free. The nearest we have is what our Government call business light - a few channels with easy online licencing - about the same price as your $70. Nobody I’m aware of uses it between strangers, totally not what it’s for. Repeaters are allowed, but again, they are CTCSS fitted and strangers strongly discouraged. The US does have systems that welcome strangers I understand - but they have to be the right type of strangers.

Maybe you’d be happier with zello on a POC type radio? Loads of scope to chat to people, via the cell network? Free, and loads of people on it all over the world.

Features led display
Right I just monitoring
Talking repeaters and there time of day
And yes I am monitoring so I know what’s going on before I can talk on it when get my fcc license.
Wondering what channel is the general
Talk just today at 7 am I heard 1 guy looking for his dad he said was gone when. Woke up

The FCC ID for this radio appears to be 2AWL3-GM5R. This has been approved (7/29/2021) under multiple certificates including 15B and 95E, where the latter is GMRS.

The FCC certification is granted upon submission of the required testing reports and certifications by the independent MICOM Labs, of Boulder, Colorado. You can review the files in the FCC’s online database at the Office of Engineering and Technology. Yes, it’s possible to submit false information in federal applications, but it could also be a federal felony.

Upnorth - I’m not quite reading this correctly I think? In the US, I assumed that you just had to meet the regulatory body’s spec, like we do here. Our equipment must meet the standard, but do the US require a physical test of a radio, or do they just read the independent report from a 3rd party. If I’m reading it right, MICOM receive radios and submit finding to the FCC, or do MICOM receive reports and just submit them?

I been watching GMRS videos
I came up on this video 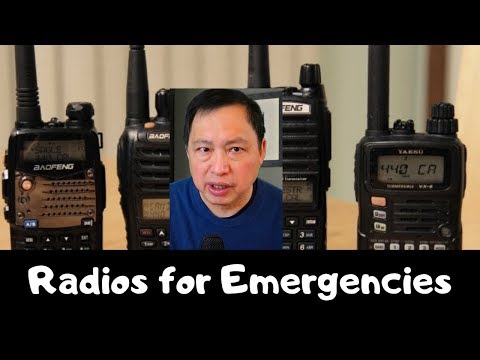 Repeaters are great for emergencies, as long as there is power. A UPS with solar cell capability to keep it running is very expensive. Repeaters might have a USP, but many just go off. I’m really a bit uncertain about this need to communicate ins an emergency. The internet has died, things are bad, so for most people with a radio, it’s VERY local coverage - so the first thing communities do in time of trouble, is physically get together. Are people going to sit at home talking on their radios for a few hours till the batteries go flat? I’m really struggling with the scenario of when these radios will come in genuinely useful? I’m thinking somebody running short of food, or maybe needing certain meds? Comms still need physical things to happen. In some countries there will be lots of people local - so you can bang on a neighbours door. In other countries you might live near nobody at all - and these radios won’t be much good at all. Is it not a kind of ‘problem solver’ that in reality will be a real mess? No charged batteries, no power to charge them, nobody in range, and even if they are, they might be in a similar emergency state?

Yes, MICOM or other approved test labs do the testing and rules conformance documents (operating modes, etc). They or the client submit the findings to the FCC for review and approval. Here is a link to a summary of the need for Equipment Authorization and to the Procedure for that at the FCC. “Except when otherwise stated in a rule, an intentional radiator (transmitter) is required to be approved using the certification procedure.”

Laboratory Division Home Approval Guide Overview Radio Frequency (RF) devices are required to be properly authorized under 47 CFR part 2 prior to being marketed or imported into the United States. The Office of Engineering and Technology (OET)...

CERTIFICATION (47 CFR Section 2.907) Certification is the most rigorous approval process for RF Devices with the greatest potential to cause harmful interference to radio services. It is an equipment authorization issued by an FCC-recognized...

The good news then is that Baofeng have managed to add some filtering to the old designs so they meet the standards enquired, which sounds good, as they did have lots of spurious outputs. Does the spec they need to meet also cover their receive performance or is it simply looking to prevent interference to other services?

Can anyone give me the fcc GMRS
license link please please?

Are you being serious? There’s a nice video here that explains it. how to apply for your licence

Google is such a challenge …
How do you get through life without being willing to put in just a teeny, weeny, miniscule amount of effort. I’d give up on even thinking about the ham exam. It’s not hard, but you do need to read and remember a few things. Sorry Saturn, but frankly, you expect other people to do everything for you. If a foreigner can find their way through the US licencing system, surely you can. Google is a really wonderful thing, but I guess if you haven’t quite got the hang of it, maybe you should take up a new hobby? One with no effort required at all - but I can’t think of one!