Comments and feedback are welcome and could get you some swag if they are read on the show!

This video clip from the same episode shows the new feature enhancements discussed on the podcast. 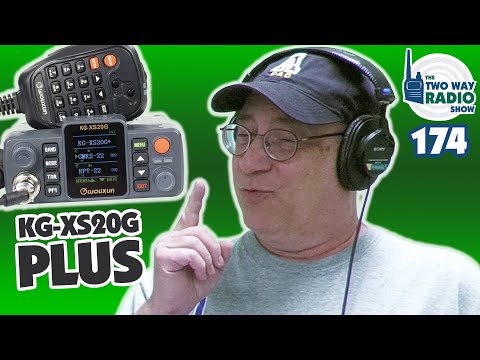 Also, very cool idea having the 18650 battery case for the S models. I will be ordering one of those.

The reason Wouxun does not offer firmware updates for these models is simply because the firmware is not user upgradeable. Would it be easier to introduce changes to the radio using firmware updates? It depends somewhat on what the changes are and how they will be implemented internally.

In some cases, such in the case of the KG-1000G, certain firmware updates are not possible because the hardware itself doesn’t natively support them, and it would require a hardware modification to make it happen, which would require the radio to go through FCC recertification, which can be an expensive proposition. There is always the possibility that Wouxun may offer such upgradeability in future models, but that’s really their call.

It is important to note that not all radios on the market are firmware upgradeable by the end user, particularly those that are hardware rather than software driven. The firmware is only as malleable as the circuitry allows.

As an old school IT guy, from my personal perspective, updating firmware in components can be a tricky thing, and if not done correctly, can cause more issues than it solves.

It can be especially problematic from a support perspective. Not to get into the weeds on that one, but in a nutshell, it can be rather resource intensive and a huge time suck for tech support to untangle situations with “bricked” radios due to failed or improperly executed firmware updates. I know, I’ve lived it.

So, while I certainly understand your argument for firmware upgradeability as someone who uses the products myself, I also understand why some manufacturers may be hesitant to make it so. It’s not so much a matter of making money from newer versions of the same radio, it’s really more about the feasibility of getting a reliable and stable product to market for the long term.

I completely understand the reasoning and I didn’t mean to make it sound like an argument. My son-in-law bought two XS20G radios a several months ago and then shortly there after the Plus comes out. Kind of frustrating especially since a couple of the changes we both mentioned being needed on the original XS20G once we had used them for a while. I have been using radios for over 40 years both personally and professionally and for the most part all the radios are like that. Heck, at least we can program frequencies without sending them out to a radio shop. It isn’t a big deal just bad timing on our part. The KG-XS20G is a solid radio and works well for me.

No worries. It didn’t sound like an argument to me. The term I was searching for was like 'position" or “thoughts” but couldn’t think of it atm.

I hate it when radios I sell get ‘upgraded’ by the users from links on the net. I’ve been lucky in the main, with the number of ‘bricks’ quite low - but it puts me in the position of possibly having to refund on a dead radio when it’s not the manufacturers fault or mine!

I’ve even had people try to flash firmware from a different brand and model that ‘looked’ the same. Luckily they just asked for advice.

There are tons of YouTubes talking about the features of radios, this case the KG-XS20G that I just received from Two Way Radio. There are NO YOUTUBES that go through actual operation that I can find. Do you know of any?