I have a bunch of Motorola DP1400s they are used in a race team, for communicating in the pit area and to/from the driver. Everything works great. but I am curious as to whether it is possible to group the calls.

We do have access to programming software, but the person programming the radios does not think the described configuration is possible, I’m just trying to get a second opinion, as I have seen this setup done before.

I have tried sketching what I mean. Please let me know if the configuration is not explained well enough since I am not a native English speaker. 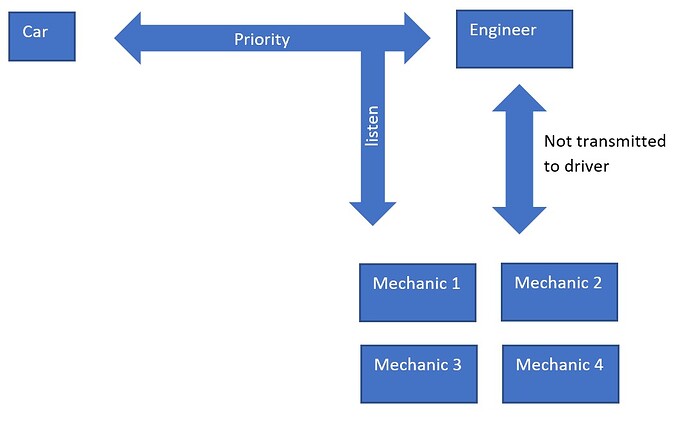