Hello, friends, I hope you´re all ok.
I am a climber/ trekker and I recently bought a Baofeng UV-16 for security reasons. This is the first radio I ever bought and I must tell you that I DONT know almost anything about the topic.
I am from Brazil, so please excuse my english.
What happens is when I turn the radio ON (on UHF mode only) a lot of the channels behave as if receiving something all of the time. But they are not receiving anything actually. Every 20 or so seconds the radio changes from stand-by to receiving mode, flashes its lights and the speaker sonds like pure static. It lasts a few seconds and the radio goes back to stand-by mode. 20 seconds later it all happens again and so on and so forth.
The thing is, I don´t know if this is normal behavior or if there´s something wrong with the radio. Could you help me with that?
Well, thank you very much.
Best regards.

No sorry, it’s not normal and sounds like a real fault. They should not do this. Try a reset. Menu item 40?

I’m not familiar with that specific model, but from what you described it sounds like the squelch is open. Try adjusting the squelch to a higher setting if possible and see if that resolves the issue.

Hello, thanks for the help!.
It is not the squelch, I already tried it. I also managed to turn off the POWER SAVER, but it didnt help.
I thought it could be some sort of interference from appliances etc…, but it happens in A LOT of frequencies in UHF mode.
Im going to try a reset then and see what happens. I will post the resulst here.
Thanks again for the attention!
Best wishes.

OK, so I did a hard reset but it didn´t work. I am in contact with the seller now to see how we can work it out. Thanks again.

I uploaded to youtube a video of the problem. Please take a look and see what you think.
Notice that even when I change the frequency the problem persists.
Thanx. 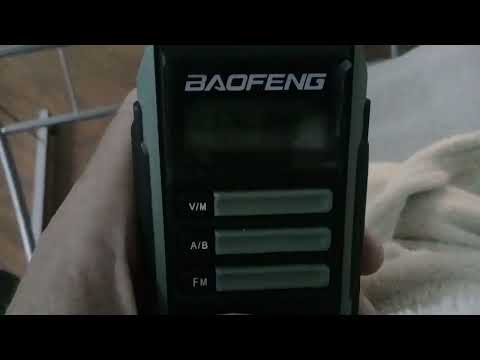 Can you confirm that it does this on both VHF and UHF and also does it on every frequency?

This sounds like a spurious signal - one that is created inside the radio, which it then ‘thinks’ is a real signal - and you are hearing a carrier wave - but no audio (as it’s not a human).

These are sadly something common with cheap radios, and rare on well designed ones. However - they are usually on just a few spot frequencies and if you don’t use them, all works fine. I suggest you put in 156.3375MHz into the VHF bank and 453.3375MHz into the UHF - so those two frequencies appear on the display. I discovered these two channels on troublesome radios that had lots of ‘sproggies’ - were normally free of them, as there’s no mathematical relationship with the internal oscillators. If these frequencies are silent, then you have diagnosed it, but if they are making the same noise - the radio is, in UK slang, Buggered.

Hello paulears, thank you for your answer.
I could not find any VHF frequencies that presented the problem, only UHF and only a mirority of them. Most UHF seem to work fine.
I did the test you mentioned and obtained no noise with the two frequencies at the same time on the display.
Do you think it could be interference from house appliances ou wifi etc…? I ask this because the position of the radio seems to be relevant for the occurence of the issue.
Thanks again and have a nice weekend

Ah - we’re getting somewhere then. It is normal on some radios to have these phantom signals. Very often it’s worse on frequencies that end in 00, or 000. If those two frequencies produces a silent radio with a squelch that stops the hiss in the normal way - then you just avoid the ones with the sproggies. Switch mode power supplies that we all have around the house do produce spurious signals too, and the test for these is to remove the antenna - if it’s bing received from outside, the antenna removal changes the signal level and it should no longer be pure, but noisy. It probably means there is no fault, but just poor receiver design - and the design of the cheaper receivers is very prone to this kind of thing. My marine band radios work perfectly on channel 0 - 156.000, but the cheap Chinese radios I have around all have a nasty spurious signal on 156.000MHz , that really is not there!