Just got my base camp radio! 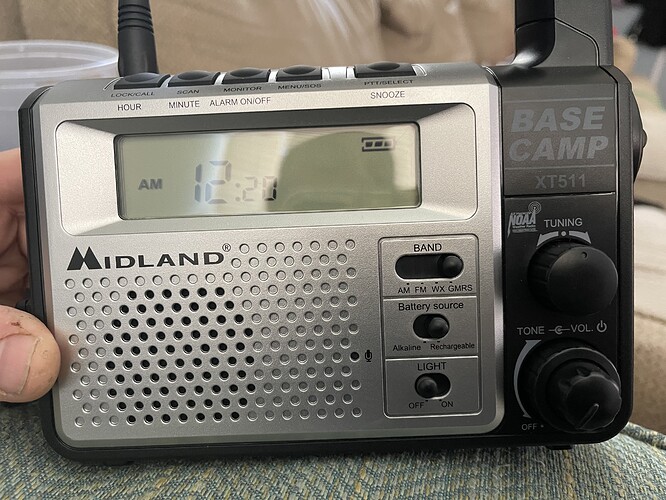 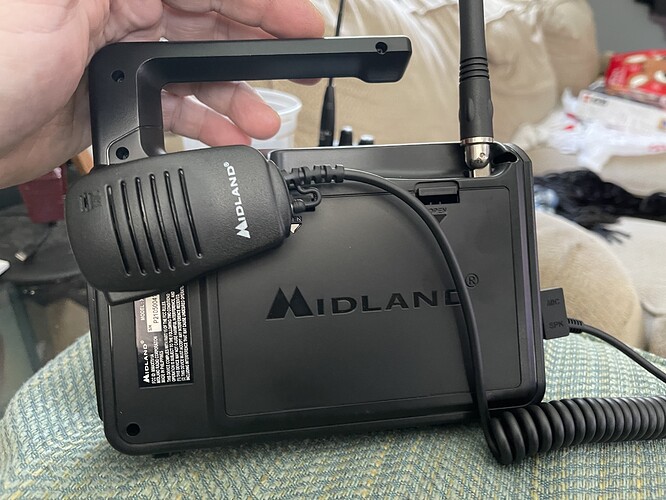 I pre ordered this like 3 months ago and they said it wouldn’t be here for a while , like sept October !!

To my surprise it came yesterday !!
I posted this on a Facebook page for gmrs and every sad ham asshole chimes in and ■■■■ on it …

it’s for camping , For my base camp … to talk to my kids while they are in the woods or out by the river .
I love this little dude it’s really neat !!!

I thought about getting one of these but got the Hardened Power Systems mount for the Mxt115 instead as it better suited my use.

I can imagine the flak you took. It’s a 5 watt (I think) radio, which puts you down in the hand held wattage range. It isn’t programmable, so if there are repeaters anywhere near you, you may not be able to use them (a problem the Mxt115 also has). So you probably got complaints it was a glorified “bubble pack” radio and the like.

That misses the point. It’s a convenient camping or outdoor radio for a more or less stationary camp that lets you reach out to any handhelds in your group and also have other radio capabilities. It’s probably more in line with what GMRS originally was than what it is now, but by the same token, it’s more in line with what most people really use them for.

Radio is funny, however. Once you start getting into it, for a lot of people, you keep going deeper. That’s happened to me although I still really know very little. But as you do that, the HAM operators are there to tell you what you really need to do is give up on GMRS entirely and go HAM.

You really don’t. GMRS, in any form, fills a nitch that is outside of HAM. For the people who really get into it, there are the programmable radios, and you’re always looking to reach out a longer distance, but that doesn’t mean that you want to go HAM. If you are likely me, you’d really have nobody to talk to if you did that as nobody in my user group wants to do that. That doesn’t mean that the conventional use, like this radio, has no place. It really does, and frankly a lot more people use GMRS this way than any other.

These are all very good points, and I would like to expound on that a little more, as I think they are sometimes completely missed by some of the more ardent users of both GMRS and ham radio.

1. It was built for another era of the GMRS. The XT511 is a very old, but tried and true GMRS base station. It’s also a very popular Midland radio, and for a long time the only FCC approved GMRS radio on the market that was officially called a base station. It’s been around for well over a decade. I know, because I bought mine almost 11 years ago. And mine still works.

Being that old, it was created at a time when the GMRS rules were very different. This is why it is not programmable and doesn’t support repeaters. It was specifically designed for campsites and other open, outdoor wilderness venues where it would be incorporated among users in a localized group. At that time GMRS repeaters weren’t available everywhere in the Great Outdoors (and still aren’t in many areas), so repeater functionality was rather moot.

This is also why it was equipped with multiple power options, including a hand crank, because you generally have to either bring your own power out there, or go without. At the time, this was a somewhat remarkable product for the average consumer who was into hiking, hunting and camping, and in spite of all the changes to the GMRS landscape over the years, it’s still a good item to have along today. I still use mine.

2. It’s called GMRS for a reason. The statement quoted below is well made.

This is an excellent point. Some die hard GMRS operators tend to forget that GMRS is an acronym for The General Mobile Radio Service, meaning that it is set aside for general use, and by the general public. The average personal user is going to use the GMRS for various personal activities and functions, and they often don’t include the need for high wattage, custom programming, 20 foot high antennas or repeaters. This point is one that is often completely overlooked by many GMRS “hobbyists”, and for a specific reason, which brings up the third point.

3. The GMRS isn’t another amateur radio service. The statement quoted below is absolutely true.

GMRS, in any form, fills a nitch that is outside of HAM.

One of the ironies I’ve stumbled upon in my travels around the Internet, particularly some of the FB groups, is the debate about whether or not the GMRS is a hobby service. It’s a pointless argument that would also be funny except that it often becomes very heated.

Just because the GMRS requires a license like amateur radio doesn’t make it a hobby service. If that were true, business, commercial, broadcast and other areas of the radio spectrum would also be hobbies, since they all require licenses, with some very expensive license fees along with them. So it’s a ridiculous argument to make.

As a licensed ham, I can understand why it can become a misconception. When you’re in the amateur hobby, especially for a long time, you become conditioned to treating the amateur radio service and radio operation in general from that perspective.

However, I am also a licensed GMRS operator, and I became one so I could legally operate radios with my family and friends for activities and day-to-day functions that have absolutely nothing to do with ham radio or using any radio as a hobby. it serves me as a utility for comms when engaging in other activities and interests. And that is what the FCC intended it to be used for. That’s all.

Why did I write this TL:DR? I won’t lie here. On a personal level I, too, get tired of the “flak”. I have a GMRS license, which means I have just as much right and privilege to use the service as anyone else. So it kind of bugs me when some of the really hard core GMRS “hobbyists”, especially those who haven’t kept up with the rule changes over the last few years, sort of get in my face, so to speak, and tell me that my radio is junk or inferior because it isn’t programmable, can’t talk with repeaters or won’t do everything they want it to do for them.

My response is that GMRS is a general service. Everyone uses it differently, and for their own purposes. The wide selection of GMRS radios available reflects that. There are models on the low end that have basic features, some in the middle that offer more for those who need it, and some on the high end for the serious GMRS 'pro". That doesn’t mean the rest are junk. They are just different models for different needs.

Look, I have GMRS radios that are programmable, powerful and fully repeater capable with lots of bells and whistles. I also have low end GMRS radios that do basically two things, send and receive. The expensive radio is for me. The rest of my family neither needs or desires all that other stuff. They just want to PTT when they need to. So the other radios are for them. Doesn’t make sense? It does to me.

Not everyone wants to make GMRS a hobby, and if you are one who does, that’s fine for you. But don’t judge others because they don’t meet the equipment requirements of your personal hobby. Don’t put down radios because they don’t fit your personal ideal of what a “real” GMRS radio should be. Because I’m not you, and you’re not me. A radio is not a one size fits all kind of device. And it’s a good thing too, because if everyone was running around with a Baofeng UV-5R, what a mess it would be.

Good points Ric. I agree with pretty much your whole post and yet I have one more item to add: I don’t care. I don’t care what people want to call it, how they want to use it, or how they feel about various brands of radios. I am licensed and use the service for what I want to use it for staying within the regulations. I am not an member of the amateur FCC police who make a hobby of telling people how they should do things. I have a HAM license and have listened to the same critical stuff on VHF/UHF and HF to the point I only use the Amateur bands when I NEED/WANT to. I encourage everyone to get a license where required and to keep up with and follow the FCC regulations and beyond that I… just… don’t… care. 20 years ago people would just be jerks on air, now they can do it on air and via keyboard.

Oh by the way, that Midland Base Camp radio is pretty cool. I hope the OP enjoys using it.

A lot of Hams and GMRS jockeys should read this post.

This makes a lot of sense, even to an outsider in a foreign country. I think we forget that radio is about communication, not always technology. Some people want to talk to specific individuals or groups, not strangers. Some have no grasp of technology, so they never change the channel, or press any button bar the PTT. It was on ch 2 when they bought it, and that’s that.

The movies make it worse. Remember the first die hard movie? Those magical moments where the goodies talk in private to each other, so do the baddies, then they all talk to everyone? They’re tool users. Few groups bar hobbiests are interesting in fiddling with them. How many leisure boaters would recognise 156.800MHz as being channel 16? They just know if you start to sink, 16 is where you go. They don’t know that going from the stern at sea level to the fly bridge with their little radio adds a few miles to range, in the same way the folk in the woods don’t understand repeaters. Hams invent pips on their shoulders that many don’t deserve and now your GMRS seems to be the same. Bubble pack radios are not inferior - for some things.